Interview on NPR's Talk of the Nation with Neal Conan

'Shrink Rap' Gets Psychiatry Up Off The Couch 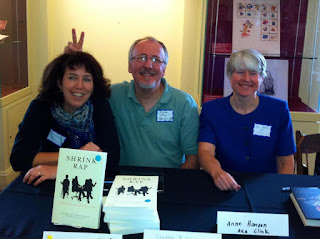 Listen to the Story

Talk of the Nation

Drs. Annette Hanson (left), Dinah Miller and Steven Roy Daviss are the authors of Shrink Rap and the co-hosts of a psychiatry podcast.
For a profession devoted to dialogue and understanding, psychiatry is awfully misunderstood. You know the familiar stereotype: the long couch, the dim lighting and the soothing voice asking, "And how did that make you feel?" But the reality is much more complicated, and in their new book Shrink Rap, Drs. Dinah Miller, Annette Hanson and Steven Roy Daviss describe what psychiatrists really do every day.

Interview on Midday with Dan Rodricks of WYPR

Download to iTunes
Midday producer Michael Himowitz says of the book: "This is a remarkable book. I was prepared toendure it, but it turned out to be well-written without being glib pop-psychology, informative without being overly laden with jargon, and surprisingly candid about psychiatry’s failings and problems. They should have named it Shrink 101, because it really covers the basics about navigating the disorganized and confusing world of mental health care."

A frank discussion of the field, with the doctors who practice it
What is the difference between psychoanalysis, psychotherapy, and psychiatry? Why do psychiatrists respond to patients’ questions with a question? Do psychiatrists still use shock treatments? How, exactly, does the insanity defense work? What’s so bad about Xanax, anyway?

Reviewed by Christina Fraser in bphope


Being a mental health “consumer” becomes much easier with a copy of Shrink Rap in hand. It’s a backstage pass to the complex world of treatment strategies, practitioners, and the insurance system, as explained by professionals in the field.

One of the first terms that parents and others hear when someone shows symptoms of having a mental disorder is “chemical imbalance.” It is the catch-all that often is used to explain why someone suddenly shows signs of major depression, bipolar disorder or schizophrenia. I remember being shocked when I used this term in a news article and was later confronted by someone who proudly identified themselves as being “anti-psychiatry.” She told me that there is absolutely no evidence that mental illnesses are real and/or caused by biological problems inside the brain.

The HBO series “In Treatment” is between seasons, leaving a void for therapy voyeurs. Luckily, there’s “Shrink Rap,” in which three area psychiatrists dish about their field. The book is a spinoff of a blog that Dinah Miller, Annette Hanson and Steven Roy Daviss created five years ago; it later became the podcast “My Three Shrinks.” The doctors, who are affiliated with such local institutions as Johns Hopkins Hospital and the University of Maryland, discuss psychiatric medications, involuntary hospitalizations and the business of psychiatry, among other topics, with compelling patient vignettes. Though the writing is more formal than their breezy, witty banter on the blog and podcast (bound to happen), it’s a fascinating peek into the minds of those who study minds.
— Rachel Saslow

From the Minnesota Medical Foundation

Dinah Miller, Annette Hanson, and Steven Roy Daviss
Shrink Rap (The Johns Hopkins University Press).  By John Lewis-- Read It: Baltimore Magazine
Written by three local psychiatrists, this book makes an excellent resource for anyone curious about how psychiatry works. Because mental health treatment isn't as cut-and-dried as treatment for physical maladies, it can conjure confusion or, sometimes, outright suspicion among those who are unfamiliar with its methods. Most of us easily understand how to treat a broken arm, but a fractured psyche? That's an entirely different matter. Or is it? This clear-headed presentation of psychiatric services and methods covers a lot of ground and achieves a conversational tone that's both educational and entertaining.

5.0 out of 5 stars Accurate Description of American Psychiatry,
This review is from: Shrink Rap: Three Psychiatrists Explain Their Work (Paperback)
"If you want an accurate picture of American psychiatry as it is practiced today, read this book. It is much more than a description, however. It contains a great deal of clinical information and could well be used as a primer by medical students, psychiatric residents, and psychiatrists themselves. This is no dull pedantic tome.... It recreates much of the contradictions and dilemmas inherent in practice, from the challenges of tailoring treatment to fit the demands of insurers to questions of confidentiality, record keeping, side effects, and so on...."

One of the most useful books I've read about mental illnesses -- and as the father of a son with a severe mental disorder, I've read just about all of them. It demystifies our complicated medical and legal system, explaining everything from 'chemical imbalances' to involuntary commitment procedures to the most recent advances in brain mapping. If you have a mental disorder, love someone who has one, or are a doctor, therapist, social worker, lawyer, judge, or criminal justice professional, you need to read this book.
(Pete Earley, New York Times bestselling author of CRAZY: A Father's Search through America's Mental Health Madness )


In the too-often confusing and fractured world of mental health services, Shrink Rap is a ready resource for patients and their families looking for more insight into the range of services available and how they are delivered.
(Keith Ablow, M.D., psychiatrist, Fox News contributor, and coauthor of The 7: Seven Wonders to Change Your Life )

The International Review of Psychiatry, June 2011

Addressing the whole field of psychiatry, with all its warts, in a comprehensive yet accessible way is a daunting feat. The authors have expertly articulated key issues without getting bogged down by purple prose and jargon. Their collective voice is direct, yet filled with warmth and hope. While topics are addressed soundly for the professional reader, the authors’ optimism and humor consistently shine through, creating an informative and entertaining resource for patients and families.
--Margaret S. Chisolm, M.D.

If the AMA really did have the best interests of physicians in mind and wanted to do something good for patients and physicians, they’d forget about their lousy advertising campaigns and commission a whole line of books just like the newest literary work from the folks over at the Shrink Rap blog.

... Shrink Rap represents the type of communication and education that the medical community needs to be doing in order to redefine the profession in the minds of patients, families and the general public.

Shrink Rap: Three Psychiatrists Explain Their Work
Dinah Miller, MD,
Annette Hanson, MD,
Steven Roy Daviss, MD
(The Johns Hopkins University Press, 2011)
As today’s consumers of products on the printed page wonder if newspapers and books will survive the onslaught of new technologies, it’s reassuring to encounter a book that is based on the authors’ blog and podcasts.

In The Wall Street Journal: Doctors Fault Provider Lists Exchanges Get From Insurers

From the Maryland Gazette

These three shrinks are ‘in’

By Shantee Woodards
Dr. Steven Daviss is a psychiatrist, but he doesn’t read minds.
That notion is among many myths about his profession that he often dispels. Because there’s so much confusion, he and two colleagues started a blog about the field. The blog expanded into a podcast, and now a book — "Shrink Rap: Three Psychiatrists Explain Their Work" — which will be published this spring through Johns Hopkins University Press.
Read more »

Dr. Daviss Interviewed by MSNBC about Deaths in "Celebrity Rehab"

Even in the wake of Jeff Conaway’s death, experts and 'Celebrity Rehab' alums say the controversial show has merit

Charges of exploitation
The fact that the travails of addicts are filmed has led to claims that “Celebrity Rehab” is less about helping participants get better and more about providing viewers with lurid subject matter at which they can gawk. Not true, said Dr. Steve Daviss, a clinical assistant professor at the University of Maryland and medical blogger at Better Health.


“The fact that it happens in front of TV cameras is, I would say, irrelevant,” said Daviss, who analyses the field of counseling in his new book “Shrink Rap: Three Psychiatrists Explain Their Work.” “I think Dr. Drew does a very good job of doing what we would do in a rehab setting. He explained things well. The issues that you saw with the celebrities, or patients, were actually very similar to what I’ve seen in addiction settings.”   See full story.

There's good evidence the feedback we get from technology — the retweets and bings and pings that come out of the phone every time somebody sends us a text message — create a reward system in the brain that gives us a little squirt of dopamine each time," he says. "For some people, that can turn into what looks a lot like addiction. Some people have a harder time regulating their behavior in response to this reward. The ones who really can't turn it off in their brain are the ones who start to get in trouble."

From The Maryland Gazette: Dr. Daviss on Seasonal Affective Disorder

Psychiatrists, well, they can be a little weird, as one of the shrinks on the lively blog Shrink Rap acknowledges in an intriguing post headlined “My Therapist is a Creep.” Still, she writes, “The truth is that most of the psychiatrists I know are at least kind, well-meaning, interested, and want to help people."


Link to the full article here.

October 14, 2011 From the Website of the Republican Majority in Congress
Access to psychiatrists is a particularly acute challenge for Medicare beneficiaries.  Why is this consequential?  Because depression among the elderly is a significant issue. 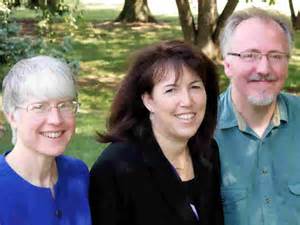 Mission Statement:
The Accessible Psychiatry Project strives to encourage dialogue about psychiatric disorders and their treatment in order to explore issues of controversy and misunderstanding in our field. Through open dialogue, in both new media and print, we hope to foster discussion about the work psychiatrists do, and to decrease stigma associated with the treatment of mental disorders.

Components of The Accessible Psychiatry Project include:


Shrink Rap News: A blog and print column for


Shrink Rap Today: A collateral blog on the


ClinkShrink tweets about issues pertaining to psychiatry & the law; sometimes about birds

In stores now. Available on Amazon and on Kindle & Nook:

The Shrink Rappers are Available for Speaking Engagements
Please Contact Us at Shrinkrapblog@gmail.com

Listen to Our Podcast 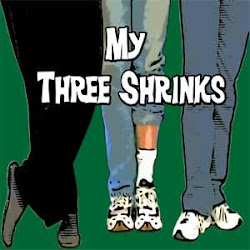 I expected this book to be interesting, and I was surprised to find it fantastic.
---Kurt Connor